Tiffany James has a Bachelor of Science degree in Exercise and Sport Studies (1999) and a Master of Arts in Education (2015). She received her infant and toddler certification from the Montessori Education Center of the Rockies (MECR) in 2011. She is a field consultant for The Houston Montessori Center (HMC), CGMS and MECR. In addition, she feels lucky to be an instructional guide with CGMS and HMC.

Tiffany currently works in an environment with toddlers and co-leads a parent infant class at School in the Woods Montessori in Denver, CO. Before that, she was a lead guide with toddlers at School in the Hills in Austin, TX for almost 10 years. She has found her home in the toddler environment. She is a life-long learner who loves to challenge herself and grow in her practice. 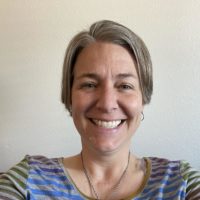