Liane grew up in Raleigh, NC and with the exception of seven years in Illinois has spent most of her time in the area.  She and her husband have two grown children, two grandsons who attended Montessori and a baby granddaughter.

Liane holds a BA in Human Services from Peace College and Masters in Family Life and Parent Education from North Carolina State University. 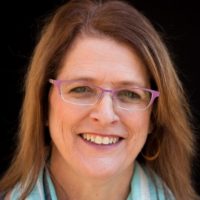