Kitty Bravo has been a Montessori Educator for over 40 years, with experience as a teacher, administrator, board member, teacher educator, and consultant. She received her AMI Primary Montessori Certification in 1977 at the Montessori Institute of Atlanta and has a BA in Human Development from Eckerd College.

In 1984, Kitty founded New Gate School in Sarasota, Florida (originally called Countryside). During her tenure as Head of School, Kitty supported a faculty in the development of programs for toddlers through middle school. She left her New Gate administration position in 1997 to pursue other professional challenges, but returned to New Gate in 1999 as an instructor in their teacher education program and in 2000 became the program Director for The New Gate Center for Montessori Studies..

For more than 20 years Kitty has worked as a Montessori consultant and instructor for several Montessori teacher education programs. She has also held administrative positions at three Montessori schools. She is a board member of The New Gate School and serves on the Advisory Board for Sarasota University. Kitty has also presented at AMS and IMC conferences and has traveled as far as China and India to work with Montessori Schools and teachers.

Kitty’s teacher education and consultation work has given her the opportunity to see the many faces of Montessori. She has worked with newly established schools, large and small private schools, as well as working extensively with public magnet Montessori programs and charter Montessori schools. Kitty is committed to providing support to teachers, schools and families as they strive to develop positive environments for children. She is passionate about preserving the legacy of Maria Montessori and believes strongly in Montessori’s mission of transforming society through our children. To this end, Kitty has made teacher education her primary professional focus and is truly committed to supporting CGMS students on their important journey of becoming extraordinary Montessori teachers. 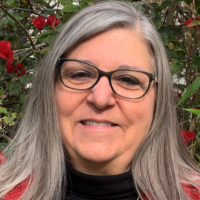