I was born in Zaragoza, Spain and graduated with Bachelor’s of Arts in Economy (1998) and Sociology (2000). I worked in market research for 10 years directing my own company and participating as a guest teacher in several colleges in Madrid, Spain.

In 2008, I moved to Lakeland, Florida and decided to pursue my career as an educator and received my Florida Teaching Certificate for K-6 and Spanish (k-12) in 2010.

I have been a Montessori Educator since 2010 first as an assistant and later co-teaching in the lower elementary classroom always in charter public schools. Since 2013 I am working at Magnolia Montessori Academy as a lead teacher in Lower Elementary. I received my CGMS Montessori Elementary Certification (6-12) in 2014. I have been able to present at the IMC Conference (2016) and MEPI (2017 and 2020). I also work for CGMS as an instructional guide since 2017. 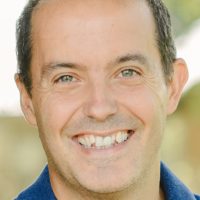