Close to 50 people contributed significant amounts of time to the creation of The Center for Guided Montessori Studies (CGMS).

Jonathan is a consultant, trainer, speaker and author who infuses his work in leadership development with 30 years experience as an educator and administrator.

Founder and Director of Learning for Life and Montessori Leadership, Jonathan provides retreats, workshops, consultations and coaching for parents, educators, leaders, Boards of Directors, community organizations and learning communities around the globe.

After earning his B.A. degree in Secondary Education from Temple University, Jonathan began teaching at-risk youth in Philadelphia. Early in his career, he read several books on the Montessori philosophy and quickly recognized the power her work in human development had to effect transformation not only within the young child, but within adults as well. He went on to study with Mother Isabelle Eugenie, one of Dr. Montessori’s first students, earned his Early Childhood Credential through the Association Montessori Internationale (AMI), and began his career as a Montessori educator at one of the first Head Start Montessori Centers in the United States.

Jonathan’s incisive ability to apply Dr. Montessori’s educational constructs to training adults led him to positions as a teacher trainer, as the director of education and training for various education and business organizations, and as the administrator for several nationally recognized schools. Thirty years in the field have provided him with solid first-hand experience in leading and managing rapidly growing for-profit and not-for-profit schools, education institutions and business organizations.

Today, the primary focus of his consulting practice is on leadership development – designing best practices and writing books and articles that enhance individual and organizational performance. His creative, interactive programs, his humorous and inspiring teaching style, and his deep insight into the needs of people and organizations are in demand by organizations around the world.

Jonathan is a member of the American Montessori Society (AMS) and the International Montessori Council (IMC). He serves on the IMC Board of Directors.

Tim is the President of the Montessori Foundation and Chair of the International Montessori Council. His almost forty years of experience in Montessori education includes twenty-two years as Headmaster of the Barrie School in Silver Spring, MD, his own alma mater (age two through high school graduation). He has also served as the Director of the Institute for Advanced Montessori Studies and as Head of the New Gate School in Sarasota, Florida. He earned a B.A. in History and Philosophy from Georgetown University, an M.Ed. in Educational Administration and Supervision from The American University, and his Montessori certification from the American Montessori Society. Tim Seldin is the author of several books on Montessori Education, including his latest, How to Raise An Amazing Child, The Montessori Way with Dr. Paul Epstein, Building a World-class Montessori School, Finding the Perfect Match – Recruit and Retain Your Ideal Enrollment, Master Teachers – Model Programs, Starting a New Montessori School, Celebrations of Life, and The World in the Palm of Her Hand.

Kitty Bravo has been a Montessori Educator for over 30 years, with experience as a teacher, administrator, board member, teacher educator, and consultant. She received her AMI Primary Montessori Certification in 1977 at the Montessori Institute of Atlanta and has a BA in Human Development from Eckerd College.

In 1984, Kitty founded New Gate School in Sarasota, Florida (originally called Countryside). During her tenure as Head of School, Kitty supported a faculty in the development of programs for toddlers through middle school program. She left her New Gate administration position in 1997 to pursue other professional challenges, but returned to New Gate in 1999 as an instructor in their teacher education program. Kitty also served as the Director of Teacher Education for The New Gate Center for Montessori Studies for 4 years.

Over the last ten years Kitty has worked as a Montessori consultant and instructor for several Montessori teacher education programs. She has also held administrative positions at three Montessori schools. She has served as a board member at New Gate School, is currently a Board Member at Renaissance School, and serves on the Advisory Board for Blossom Montessori School for the Deaf. Kitty has also presented at several AMS and IMC conferences and has traveled as far as India to work with Montessori Schools.

Kitty’s teacher education and consultation work has given her the opportunity to see the many faces of Montessori. She has worked with newly establishing schools, large and small private schools, as well as working extensively with public magnet Montessori programs and charter Montessori schools. Kitty is committed to providing support to teachers, schools and families as they strive to develop positive environments for children. She is passionate about preserving the legacy of Maria Montessori and believes strongly in Montessori’s mission of transforming society through our children. To this end, Kitty has made teacher education her primary professional focus and is truly committed to supporting CGMS students on their important journey of becoming extraordinary Montessori teachers.

Marc Seldin’s diverse technical roles have included software development, project manager, product manager, and chief technical officer. His experience with web software development dates back to 1995, when as a consultant and later employee of Patuxent Publishing, he helped launch one of the first Internet newspapers. During his career he has worked both as an independent contractor and as an employee for The Baltimore Sun, ShareMedia, Tribune Company, and BBN Technologies.

Throughout his career, Marc has been at the forefront of web technologies such as personalization, dynamic publishing, Voice XML, video streaming and others. He is excited now to partner with leading Montessorians to develop a system for world-class distance education.

A student of philosophy and education, Marc grew up around Montessori, and attended The Barrie School in Silver Spring, Maryland, from birth until 7th grade. His passion for the Montessori method was reignited by the birth of his daughter which led him to recognize the shortage of highly qualified Montessori teachers.

Marc’s educational background includes a bachelors from Goddard College in Plainfield, Vermont, and an MBA from the Robert H. Smith school at the University of Maryland. He is a member of the international Beta Gamma Sigma honor society for business excellence.

Marc lives in Raleigh, North Carolina with his wife Thuy-Anh, his daughter Hollis, and their cats, Huck and Tom. 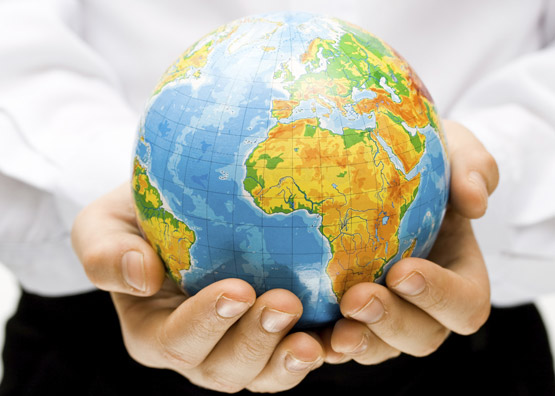