Marilyn Martin taught Montessori elementary for 32 years, both at the 6-9 and 9-12 levels. She taught at the Montessori Academy at Edison Lakes, Bloomington Montessori School, and Montessori School of Greater Lafayette in Indiana. She became involved in Montessori in 1984 while looking for a preschool for her daughter and received her training from AMS the following year. Although she retired from teaching in 2017, she found that she missed being involved in Montessori, and thanks to her friend, Tanya Ryskind, she began to teach at CGMS. CGMS has given her the continued growth and Montessori community she needs, and she is excited to be involved with these wonderful Adult Learners and IGs. Also, she loves how Montessori values and respects all children and follows and guides them to become the best adults and leaders for the future.

Marilyn has a Bachelor’s of Fine Arts from Western Michigan University. She is also an artist and exhibits her work at a cooperative gallery in Lafayette, IN. She loves gardening, yoga, painting, and her grandchildren. 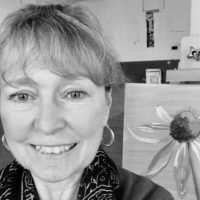